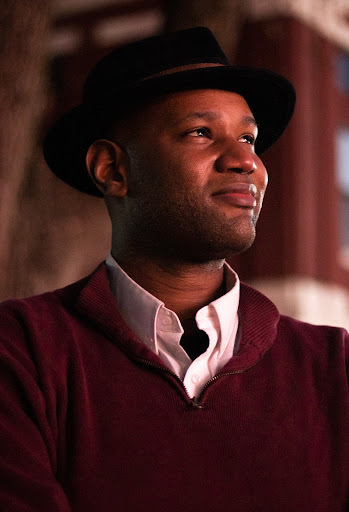 “We were originally scheduled to do this in 2021,” said Mr. Cross. “But, when COVID hit in 2020 everything was put on pause. The organizers tried to pick the program back up in 2021 but there were still a lot of restrictions in place, especially in New York City. So I spoke with the organizers and decided to wait to give myself plenty of prep time.”

Mr. Cross will conduct the Philharmonic Orchestra and a guest choir, made up of former students and friends of his, as well as others from across the country who would like to join. He also gets to choose the theme of the concert, which is Choral Infusion. He plans to teach choir participants how to infuse idiomatic Black American sounds, tones, styles, and genres into the everyday choral classroom.

“I want to make sure this style of Americana music is represented in the choral classroom, and not just traditional European instruction,” said Mr. Cross. “Students can see how those styles historically merged through how blacks slaves used European style and mixed it with South African style and created the first real American sound.”

The concert will take place Saturday, June 3, 2023 at Carnegie Hall in New York City, produced by Mid American Productions, with rehearsals beginning May 31, 2023.