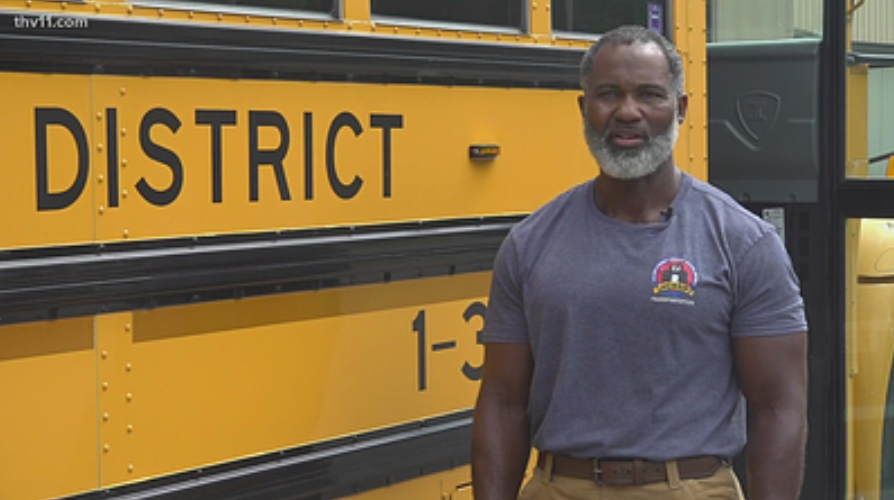 ARKANSAS, USA — School districts across the state have spent their summer dealing with the bus driver shortage that first began last year.

Charles Anderson with the Pulaski County Special School District transportation department has been behind the wheel of a school bus longer than most students are in school.

After over two decades of driving, he's seen a lot, and he, as well as other school transportation departments statewide – have never seen anything like the staffing issues of last year.

To put into context the staffing issues that PCSSD saw during the past year, half of the fleet of buses didn't have drivers.

"When I have to go out, then I know that we're short," Anderson said. "Or when the drivers themselves are having to double up on routes, then we know that it's really, really short."

PCSSD wasn't the only school district that saw staffing shortages – a lot of districts did.

Like Anderson, Bob Doty at the Cabot School District also drove busses during the shortage.

"You always hate to see a kiddo not get to school," Doty said. "Our mission is to get these kids an education."

He said they made it through the shortage thanks to drivers who weren't even on the bus staff.

"We knew that every single day, there would probably be a shortage of bus drivers," he added. "Everybody pitched in, and they did absolutely whatever it took."

And with the school year set to begin soon, there's good news to share.

Cabot is down just one driver.

"It takes the burden off of a lot of the other administrators and a lot of other personnel in the district that wouldn't normally be driving a bus, but had pitched in to help them when we needed the help," Morris Rothfeldt, Executive Director of Services at Cabot School District, said.

PCSSD has been down roughly 35%, but they've begun to bounce back. Out of their roughly 200 driver fleet, they're now up to about 130 drivers.

It's still not where they'd like to be, but they have said anything is better than last year.

And ahead of the school year, Anderson had just one request before they get back behind the wheel.

"We're asking parents, just talk to your children about the respect level of a bus driver," Anderson said. "They're professional bus drivers, they're human beings, so they deserve the same respect that you would give that they give to their parents."